In Malaysia, it is very easy and comfortable to travel between touristy hot spots: There are shuttles and connections and people practically carry you from place to place.

It’s getting far more complicated and time-consuming as soon as you leave these beaten paths. It’s not impossible, it just takes some detours and a little more time.

However, due to this, I skipped some destinations along the east coast I initially planned to visit. Basically, Kuantan was the only place left on that list.

Actually, I don’t know whether I missed that much. Not that the towns and cities in the east aren’t pretty – the east is only far more strict and religious than the west coast.

You notice it immediately: People, men and women alike, in Islamic attires – it was the first time in my life that I saw completely covered women. And completely means even the eyes: Eyes covered, not with a net like Afghan burkas, but with a black veil.
Also, most shops have signs in Arabic, restaurants serve halal food, and boutiques all kinds of headscarves.

This means that as a woman, especially a solo travelling woman, you almost have no chance to do things “right”.

Anyway, even in Kuantan, being the capital of Pahang state, is not very liberal and open. People do look at you in a funny way. Remember the demographic figures I gave you in my post on Ipoh, located on the west coast? Well, the over 400,000 inhabitants of Kuantan consist of almost 80% Malay and only 18% Chinese and 3 % Indian; it’s almost exactly the opposite.

However, Kuantan is pretty important for the Malayan industry and also transportation – it has a port and an airport – and a bus station located about half an hour from the city center; which is valuable info if you have a specific bus to catch since the street can be incredibly jammed at rush hour.

You can actually do some pretty good shopping since Kuantan has a couple of modern malls.

You can also take a cruise on the Kuantan River – and you can take the cheap city bus #200 that takes you all the way to the Teluk Cempedak beach.

Here you can either enjoy the deserted white beach or the seafront park Taman Teruntum a small Zoo.

The Hotel Sentral Kuantan does not lie: It is very sentral, i. e. centrally located – and right next on the Kuantan River. Since at least the center of Kuantan doesn’t seem to get many international tourists, the price for this standard – which would be an ok business hotel – is incredible: About 20 bucks and a good breakfast is included.So check their availability – and their current rates.*

There is a variety of nice restaurants and good eateries in the neighborhood of the Berjaya Megamall – don’t ask me where the Mega comes from, but yes, it’s a big mall.
I liked the food at Ayam Penyet – although it’s a chain and totally fast food-ish, however, Malayan fast food-ish. They are located at the mall’s southern corner. 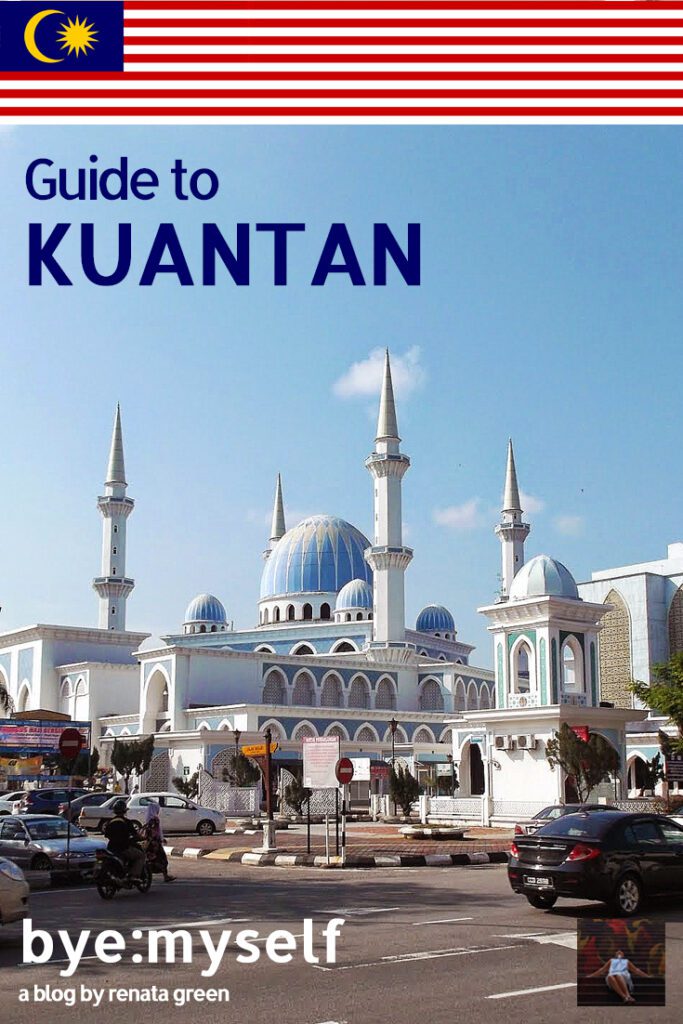 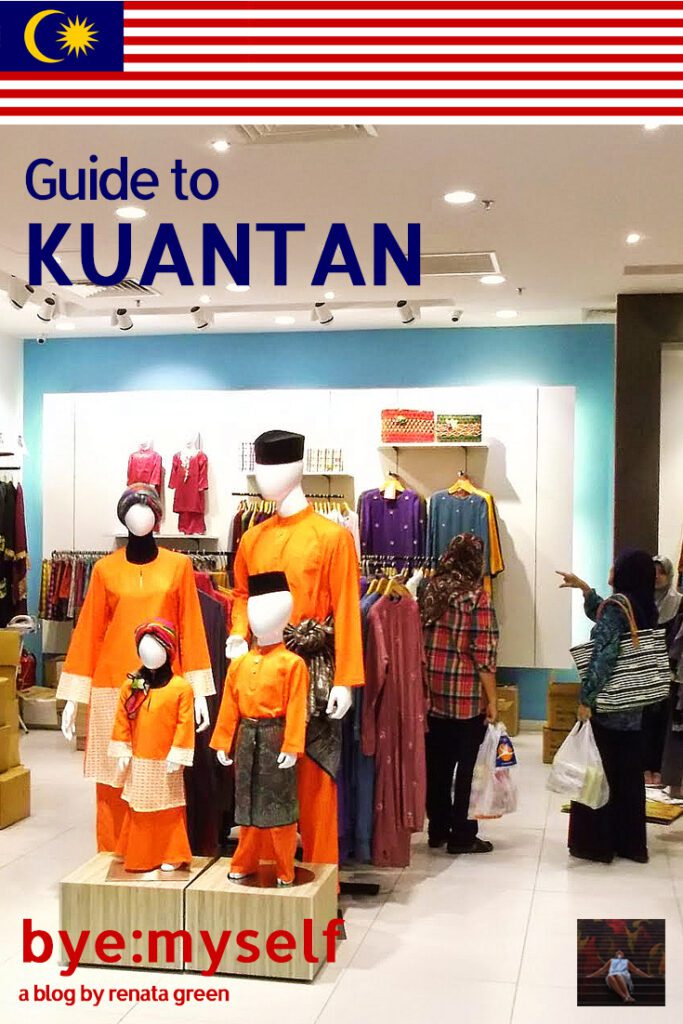