Learning Italian in Milan – when taking a language course in the country of origin, you obviously learn much more than just the local tongue.

I can remember neither the moment nor the occasion. Nevertheless, there was a point when I clearly saw my life’s biggest goal.

My goal in life is to be fluent in ten languages when my time has come.
If I were happy with elemental knowledge, I’d be already there. But fluent is key, consequently, I’m taking my Bildungsurlaub seriously and do brush up on the dusty basics.

After Rome and Izmir, I intended to study Portuguese in Lisbon. Since this didn’t work out due to the school’s neck-cutting prices, I was rather indecisive. And I was indecisive until there wasn’t much to decide anymore, therefore I ended up in Italy again. This time in Milan.

Being disenchanted by the first two lodging bummers, I chose to rent only a room. No strings or families attached. But faith was kind. It surprised me with a landlady that turned out to be a very classy, highly educated retired teacher.

After all, she was all I had unsuccessfully expected from my guest families during my first two language vacations.

There is much less ancient art in Milan than further South.

However, in return, there are exquisite modern venues financed by big companies. There is the Fondazione Prada as well as Pirelli’s Hangar Bicocca – creative, stylish, cool.

Of course, there are the renaissance and baroque paintings at the Pinacoteca di Brera. I’m willing to appreciate sites just for the term Pinacoteca, by the way. Already the sound promises beauty.
Also, there is divisionism and Italian neo-impressionism at the Galleria d’Arte Moderna.

And, obviously, there is a must-see Leonardo da Vinci’s Last Supper at the church Santa Maria delle Grazie. But don’t think you can just waltz in there whenever you like. You have to either book online or call a hotline days ahead. You have to pick a precise visiting time – and we’re talking minutes here.

Supplied with your personal booking number you need to show up thirty minutes ahead to pick up your ticket. Eventually, you’re waiting on a wooden bench with the dozen people who booked your time slot, too.

Due to the tight time slots, there are at least two groups waiting at the same time together. Feeling competition, eyeballing each other suspiciously.

At the designated time, a guide – or rather guard – shouts your number and everybody is pushing towards a sliding glass door. It’s like a frigging high-security wing. One door has to close behind the group before the next opens. This goes on and on. Finally, you are standing in the refectory marveling at the fresco.

You have fifteen minutes.

That’s not a lot to marvel at in one single fresco. Even if you take a couple of pictures and turn to the other wall from time to time.
But the ticket is 12 Euro so you marvel till you can marvel no more to get your money’s worth.

After 13 minutes the guard finally releases you from by now mindless staring, announcing that in two minutes the next marvellers will get in.

Again, on your way out you have to pass some security door systems as if you’re escaping a quarantine laboratory.

Regarding my Italian class, it was again the eclectic mix of students from around the globe that impressed me the most. It was like Luciano Benetton put us together to incarnate his ‘United Colors’ campaign:

There was Paolo, whose name was certainly not ‘Paolo’ since he’s from Taiwan, but in class, they called him Paolo. Very classy, very camp, and on top of it all brilliant. He gained a one-year scholarship for Germany and made the most of his stay in Europe by first learning Italian.

He was sitting next to Gamze, an aerial Ottoman beauty from Istanbul, formerly studying economy at Harvard.

Then there was Paula, a sumptuous Brazilian looker, putting up with two hours on the train every day just to come to class from the lost village whereto she had followed her Italian love.

Jorge from Medellín who despite obvious lack of sleep from heavy partying managed to have a mischievous twinkle in his eyes and more energy than any of us. Must be a Colombian thing, because when Carolina, a Franco-Colombian journalist, joined the class, it was like a whirlwind whipping us all up.

What a contrast to the cautious, restrained Asian schoolmates like Vittoria – again an Italianization of names, I guess – studying fashion, writing poetry, searching, and finding herself in a million poses and selfies. Best buddy with gorgeous Bo Jing, a design student of flawless beauty – face like an Asian film star.

Rassa, a worldly and refined Lithuanian, doing simultaneous translations at the European Union in Luxemburg.

And what brought us together was the joy or necessity of learning Italian – Babel was a brilliant idea after all.

Milan had been only one of my regular Bildungsurlaub. I had also been learning Italian in Rome and in Florence, Turkish in Izmir, Portuguese in Rio de Janeiro, and Arabic in the capital of Morocco Rabat. 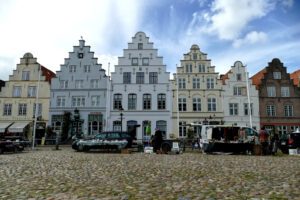 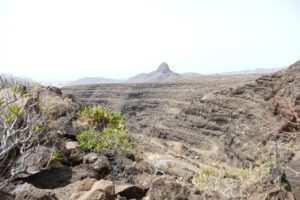 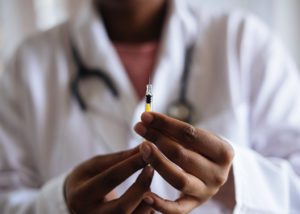 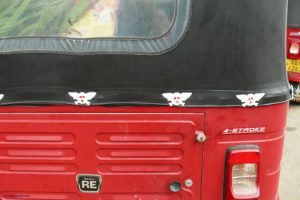