Fifty Shades of Green – in reality, there are millions of shades of green in Salento, Colombia’s beautiful Coffee Region

Nestled in the coffee mountains of Quindío, Salento is the epitome of Colombian life: A small town with little houses painted in all the colors the hardware store had available.

One of God’s Masterpieces

Before creating this place, God must have had a good night’s sleep and in the morning his favorite breakfast. And then he tossed countless trees and bushes and flowers on majestic mountains and created a paradise outside of paradise.

After finishing his work, God felt a bit tired, therefore he quickly invented coffee plants of the highest quality and added them to this region that we call Quindio. It is Colombia’s smallest departamento and its coffee region.

Then good people came and constructed a chessboard of cute little houses, and since they were in such a good mood being in this rich and lush environment and animated by their third cup of coffee, they painted them in bright colors. And they gave the place the Italian name Salento, because Italian is the world’s most beautiful language, and this place deserves only the most beautiful.

Advantages And Disadvantages of Infrastructure

As things go, pretty attracts tourists, consequently, there are packs of backpackers occupying the small place, and many shops and restaurants jumped on this global fusion-vegan-yoga-bandwagon.

On the upside, there is an excellent infrastructure, many small shops, a small supermarket, banks, and ATMs.

As a side effect, local people are much less friendly than in other places. Because – have I told you that Colombians are the most polite and friendliest people ever? Because they are. They are warm and welcoming and sweet.

Another very traveller-friendly custom is that they don’t cheat, take advantage, try to sell you everything, or talk you into something. I’ve been to many other places where people also were very friendly. Just to screw me over – however, with a big, friendly smile.

Hence, I really love Colombian vendors, cab drivers, bus conductors, receptionists – basically everybody I had to deal with.

The early bird catches the….sunset. It’s definitely worth it to get up a bit earlier and climb the stairs to the Mirador de Salento, the viewing platform, at the eastern end of Carrera #4.

Watching the sun rising and the world waking up over the mountains and hills….there is not a more majestic way of welcoming the new day!

Anyway, for obvious reasons, the main activities in the area are taking place outside of Salento and are all about nature. Whether hiking, horseback riding, more hiking, swimming at a waterfall, hiking uphill, hiking downhill. And when you’re tired, there’s still hitchhiking.

You can hike to the coffee fincas on a guided tour or individually on your own.

I honestly don’t see a reason what you need a guide for since you can’t get lost. It’s one road. Leave town to the southwest on Carrera #5 and keep walking.

At the fincas, you get a guided tour and can buy coffee.

We stopped after about one hour at the first one by the name of Las Acacias. It proved to be the smallest and best one, after all.
The others we checked out eventually had bigger groups. Also, the coffee there was far more expensive.

The most unique and superb part is obviously the Valle de Cocora located about 7.5 miles from Salento.

Once you get there, you can either just see the majestic fields of wax palms and do a short stroll.

Or you hike the whole tour that takes about five hours. If you’re not a big sports(wo)man, it might be a bit hard, but it’s absolutely doable and totally worth it.

You have to climb over rocks and roots, wade through mud and horse dropping – because couch potatoes can do most part of the track riding, cross improvised bridges and climb pretty steep parts.

Almost halfway up, you can take a break at an enchanting hummingbird reserve containing different species of hummingbirds as well as other birds and wildlife.

You Have to Earn Your Resting Place

That sounds cozy but the detour up to the reserve was for me the hardest part. Finally reaching there, I was soaked in sweat and freezing in my sopping wet shirt once I cooled down a bit.
Nevertheless, the short break is refreshing before the last bit of mountaineering.

As you reach the Finca La Montaña, you get another overwhelming view – and it’s said to be the halfway point. I don’t know if it’s because from here, we were walking downhill, but to me, the first part felt far longer.

Going downhill, we were finally rewarded for all the hardship by fantastic views of the Valley.

On a bright green velvet grass carpet are hundreds of wax palms that grow to a height of 150 to 200 ft. And since they grow only in the Andes of Colombia – and a small part of Peru – they are named after the region Quindío “Ceroxylon Quindiuense”.

A majestic name for a majestic tree.

There’s a bus going every hour from Cali to Armenia. Then, from there you take a minibus to Salento in the Quindío district, Colombia’s smallest departamento and main coffee region.

If you’re coming from Medellín, there should be a direct shuttle to Salento  – since we took it in the opposite direction, i.e. when going to Medellín.

In Salento, you mostly move around walking. It’s far too hilly to ride a bike. To get to the coffee farms, you can hike or go on an organized day tour.

It’s also possible to visit the region on a horse’s back. Your guest house will help you with organizing everything you’d like to do. And if not, there is still the tourist office on the main square, the Plaza de Bolívar.

This Plaza is also the spot from where the Willys to the Valle de Cocora start.

As a matter of fact, most of the buses, cabs, and jeeps are going to the Plaza de Bolívar. However, if you need to purchase tickets for the direct bus to Medellín, you do that at a small shop on Carrera 2. They will also tell you where the bus is leaving since it’s not the Plaza de Bolívar. Also, you should buy your ticket at least one day in advance as this service can fill up pretty quickly.

Accommodations in Salento are mostly hostels, but there are also few hotels as well as fincas in secluded places in the coffee mountains. Since we were there for only two days and used public transportation, we preferred to stay close to the center.

Hence, our boutique-style hotel Salento Real Eja Cafetero* was close to the main street yet in a quiet neighborhood.
Cozy, rustic rooms arranged around a patio – and also with a good complimentary breakfast.

However, if for whatever reason you’re not able to stay at the Salento Real Eja Cafetero*, here are some other good options to choose from*:

Every restaurant offers trout – at the same price and the menus printed on identical paper were only the restaurant’s name differs.

However, I’d like to recommend two restaurants: The first one is El Tejadito De Salento, located on Carrera 6 #32. The portions are generous, the staff is friendly’n’fun, and the views just amazing.

The other one is El Rincón de Lucy, also located on Carrera 6, #32 at the corner with Calle 5.

They have a rather limited menu – about two main courses per day, but these are truly a bargain since you get a starter and even a house drink with it.

Therefore, here are some great ideas of where to go during your stay in Salento and how to do it in a fun and easy way – especially if you have only a short time to stay*:

Salento was only one of many beautiful places I’ve visited in Colombia. However, to read about the others, go to the main post and take your pick! There you’ll also find valuable general information that will make your trip smoother. 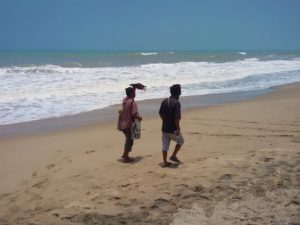 Floating in PALOMINO – Take Me to the River, Drop Me in the Water 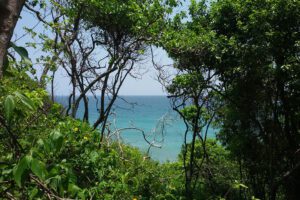 A Day at PARQUE TAYRONA 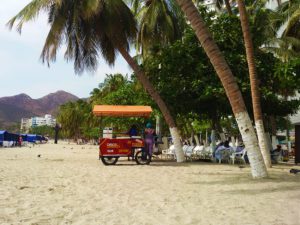 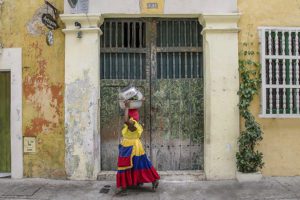 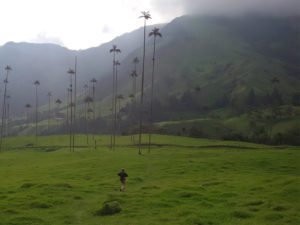 *This is an affiliate link, obviously. If you book through this page, not only do you get the best deal, I also get a small commission that helps me run this blog. Thank you so much for supporting me!