Come on, follow my guide through the National Park of Plitvice and awe at lakes and pools in dreamlike colors.

I’ve seen a lot of beautiful places in my times – oceans, mountains, jungles, and also lakes. However, the Plitvice National Park is one of the most beautiful sceneries I’ve ever laid eyes on.

Many people are visiting the Plitvice Lakes National Park on a day trip from the various beach destinations of Dalmatia.

Of course, that’s an option. But to enjoy this natural wonderland to the fullest, I’d recommend staying for at least two days.

Mind you, the longer hikes that take you farther away from the day-trippers are the nicest part of the visit.

The Plitvice national park, that spreads over almost 300 square kilometers was founded in 1949. It is world-famous for its sixteen lakes that flow in cascades and small rivers one into another.

The most mesmerizing part of this landscape are the colors of the basins. They change constantly depending on the number of minerals or organisms in the water and the angle of sunlight from different shades of almost florescent turquoise to deep blue of ink.

I took the bus from Rijeka to the Plitvice* Lakes in the early morning.

Well, actually, it left early in the morning, nonetheless, I arrived around noon. But that is because I had to change buses. Consequently, I had to hang around for almost one hour at the bus station in Karlovac.

Lost – But Only in Translation

On this trip, by the way, it was pretty clear that people’s English in not so touristy regions is not so great: Keep your more complex questions to yourself.

Anyway, while the bus from Rijeka to Karlovac was new, big, and modern, the one going to Plitvice had more of a local charm; which is charming, indeed – only a tad less comfortable. And neither the driver nor the conductor were able to understand that I wanted to get off at the stop I showed them on my phone.

But in the end, everything turned out fine. As a matter of fact, there are stops at each of the three entrance gates. If you’ve already booked an accommodation, just ask your host at which stop you should get off.

In case you are coming only for one day to the park, I assume entrance No. 1 is your best bet.

Staying in Rastovača is perfect since you don’t lose time: From the bus stop it’s five minutes walking, you leave your luggage and off you go to Entrance No. 1 – there’s a shortcut across the huge parking lot.

If you have the time and opportunity to stock up on refreshments, do so since food and drinks are ridiculously expensive on the premises. Besides snacks, you might want to bring a hat and sunscreen as well as repellent. You don’t need your swimsuit or a towel. Bathing in the lakes is not allowed. Make sure to wear at least sensible sneakers if not hiking shoes.

The entrance prices vary depending on the period of time – and, of course, there are a couple of discounts like e.g. for students. Check their page for the period you’re going – you’ll be shocked: During high season, i. e. July and August, you pay more than four to five (!) times the price of the low season which would be November till March.

At the entrance gate are maps suggesting various routes. It’s funny since they rather confuse people than being helpful. My tip: Just go!
You won’t get lost. Actually, there will be hardly a moment when you find yourself alone in a spot, anyway.

As Rastovača is next to Entrance No. 1, I, obviously, started there. It’s really close to the big waterfall – which actually is very high, 78 meters / 256 feet, but not that impressive or powerful. Plus, it’s packed with selfie-hunters so you might want to continue asap.

There are wooden walkways along the four lower lakes: Keep walking along the northern shores of Novakovica Brod and Koluderovac, and then you cross and walk along the southern shores of Gavanovac and Milanovac. This might sound complicated, but it’s no. If you stay on the walkway – and you are urged to do so – you get there automatically.

At the western tip of the Milanovac lake is another waterfall and then you turn right and walk to the jetty.

The ticket includes also boat ride and a panoramic bus – that pretends to be a train, most likely that’s supposed to deem more scenic.

That’s probably one reason why everybody wants to go on the boat – and at noon, the line seemed endless.

I refused to wait in the sun for one hour to squeeze myself with large tourist groups on some boat. Looking around, I spotted a trail at the right side of the jetty. What a discovery since it led me along the northern shore of the largest of the upper lakes, Kozjak.

I did run into people from time to time, but nothing compared to the madness around the lower lakes.

Behind the islet Stefanijin otok is another ferry that takes people across the lake to the southern shore – in about three minutes.

By then I was a bit tired so I just walk all the way back along the Kozjak’s and the lower lakes’ southern shores – and definitely called it a day.

I went back the next day in the early morning – mainly since my bus to Skradin was at 3 p. m. – and took the boat since there was no wait; believe me, it’s definitely not the greatest activity at Plitvice, so don’t be sad if you’d missed it.

So I ended up at the other jetty where I had crossed the Kozjak the day before, but today I kept walking along the northern shore around the upper lakes Burgeti and Grandinsko to the waterfall Veliki Prstavac which indeed looked more veliki – which in Slavic languages means large.

On the way back, I took the panoramic pseudo-train to Entrance No. 1. Another extra that’s totally dispensable but included in your ticket. But to be honest, after two days of hiking, it’s nice to hitch a ride.

Nobody really needs the maps at the entrance for not getting lost. However, it’s still interesting looking at them just for the information where the individual lakes and waterfalls are located.

There is a really good website with detailed info on all the different lakes and things to do; my favorite is the diagram of how the lakes cascade into each other and where the layers of tufa and limestone are.

Plitvice national park lies inland, about 100 kilometers from the coast and very close to the Bosnian border.

Since it’s one of Croatia’s most important attractions, there are buses from Zagreb and Rijeka – via Karlovac – as well as from the coastal towns. Mostly, there are at least two options per day.

A good website to check your options and to buy tickets is Croatia Bus. Besides Croatian, it comes also in English and German.

As I said, there are three entrances to the national park so you’ll probably enter through the closest one and then you keep hiking. Although the park is huge and you’ll probably do a lot – again: a lot! – of walking, it will destruct you with its beauty. And then, in the evening, you’ll feel really tired.

As I mentioned above, there are some alternatives, namely the shuttle bus on the premises as well as the ferry. However, in case you get really tired, you can just exit the park at whatever gate and go to where you need to get by cab.

At Rastovača I did not stay at an apartman but at a guest house called Pansion Danica* – which actually felt like a homestay. They have a small house with a handful of rooms – excellent standard. And I think that they are also renting out some chalets.

They have a big garden where you can relax in a deckchair while kids can run around and climb on some monkey bars. Everything is very family-style and just so nice after all that hiking and awing.

Breakfast is good and plenty and includes many local delicacies.

At night, they have a small menu of four or five dishes that come with a soup for starter and a dessert – which I took with me to my room and ate it later in bed since I was so full from the main course.

Get more details, check out availability and Danica’s rates. *

What can I say – Pansion Danica, too! The food was excellent and for 10 to 15 bucks for a three-course-menu a good deal. You can have local wine at a reasonable price and, of course, soft drinks. There were even people from other guest houses and apartmans coming for breakfast as well as for dinner.

Plitvice is hyper touristy and quite costly. Consequently, you can pay by credit card and withdraw the local currency Kuna at the ATM at entrance 1. Obviously, they make sure that you are always able to pay for services as well as souvenirs.
The rate is 1 US$ = 6,88 HRK (Kuna) current rate resp. 1 €UR = 7,58 HRK (Kuna) current rate (as for March 2020).

Since in this post, there are so many names that might be a bit complicated for those of you who are not familiar with Slavic languages, I repeat once more my litte pronunciation guide:

C is never pronounced k. It sounds like the ts in Tsar. So it’s ‘Ulitsa’, not Ulika, and ‘Plitvitse’, not Plitvike, ‘Danitsa’, not Danika.
Only when there is an accent on the c, hence č, you pronounce it like a ch: Rastovača – here it’s, actually, Rastovacha, neither -tsa nor -ka.
Same goes for s. Written š, it’s pronounced sh. But only then. The letter ž is pronounced more or less like j, but rather the French way – as in jour. People tend to overdo it with the ch and the sh. It’s so simple: if there is no accent, it’s a simple c or s, no crackjaw there.

The Plitvice Lakeland is only one of many beautiful places I’ve visited in Croatia. To read about the others, go to the main post and take your pick! 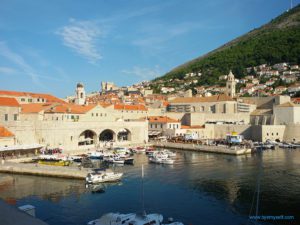 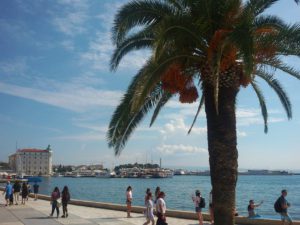 Complete Guide to a Bus Road Trip through CROATIA 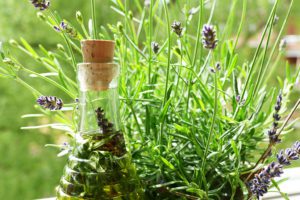 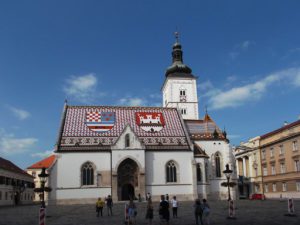 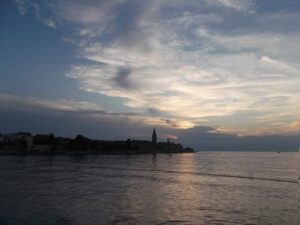 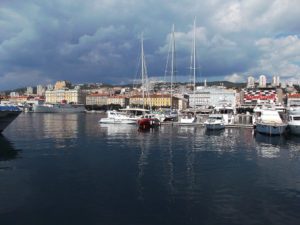 8 Replies to “Guide to PLITVICE LAKES: Waters in Dreamlike Colors”