It’s never too late for amazing opportunities: You might be too old for a pony, but you’re never too old for becoming a mature Au Pair.

Now, if you want to spend your next trip as an Au Pair, you can do so with the help from Kristin.

Kristin is 70 and she’s living in a Bavarian village not far from Munich – one of Germany’s most picturesque regions.

She by far didn’t spend all her life in this secluded place. For many years, she was married to an industrial engineer working for the United Nations. Therefore, they didn’t live only in Germany, but also in places like Geneva and Copenhagen.

Kristin, the great woman behind the successful man, took care of the household and the three kids. She cooked dinner for her husband’s business partners and had cocktails with ambassadors and famous politicians. Social life was without saying a big part of the job.

As everybody with kids can figure, this was not always easy. Kristin had to rely on help from Au Pairs. Understandably, she was particularly happy when her then 65-year-old aunt Jutta came from time to time to stay with the family and look after the kids and the house.

This Gives Me An Idea

In 2009 the youngest of her three kids left home, so Kristin, by then retired, took a good look around. There must have been an old dream hidden somewhere.

And indeed, she remembered that as a young girl, she always dreamt of becoming an Au Pair girl in Paris – the city of lights! Only her parents didn’t allow it, so these lights remained dim. But now was the time to turn them on and illuminate the “best age” that lied ahead – Kristin decided to become an Au Pair at 62.

Since at that time, there were no agencies, it was extremely difficult to find a host family. But nothing could discourage Kristin, and finally, with the help from some friends, she found a French family that took her in to stay with them at their huge, charming Appartement in the famous Parisian neighborhood of Saint-Germain-des-Près.

Strictly speaking, Kristin was not the average student anymore. Nevertheless, she insisted the host family wouldn’t treat her differently. She stayed in a tiny room facing the backyard, sharing the shower with other students.

Like any other Au Pair, she had her duties like helping the family’s daughter study German for her Bacalaureat.

She ate dinner with her hosts and enjoyed conversations about cultural differences and similarities. In the company of all the other commuters, she took the Métro to school and back. With her schoolmates, she studied French in the morning and partied at night. She had the time of her life!

I can absolutely relate to that since my language courses in Rome, Izmir, and Milan were some of the most inspiring experiences ever.

I think that at an advanced age it’s not only the activity and the trip as such, but it’s also especially the idea behind, the recherche du temps perdu – respectively sa découverte.

Back home, back to her little Bavarian village, Kristin, spurred by her own experience, decided to give others the opportunity to make at least the wish to become an Au Pair come true. She founded an association placing senior Au Pairs in host families around the world.

From the Blueprint to the Project

Having a brilliant idea, founding an association, designing a webpage – this was makeable. But here the hard work only began.

Kristin had to let the public know that she was out there and that she was ready. She contacted every newspaper around. She wrote more than a thousand Emails to German-language schools abroad. She got in touch with chambers of commerce, consulates, and embassies. She stormed every convention dealing with demography.

And it paid out. After a while, she was an expert in this field. Kristin attended respective events like chancellor Merkel’s demography summit. Then the Bavarian delegate to the European Union Dr. Niebler recommended Kristin to German President Gauck to receive an award for her outstanding honorary activities.

Finally, also the media were interested in this ingenious project.

The Only Way Is Up

For years, she’s participated in major conventions and specialized fairs. As a matter of fact, the group of active senior citizens is growing significantly, especially but not exclusively in Germany. Therefore projects like Madame Grand Mère is absolutely in line with the trend.

The peer group is interested, hence, Kristin’s databank includes almost 500 potential Au Pairs. It’s around 460 grand mères and at least 30 grand pères. Every year, about 20 of them are heading to new shores. The youngest was 50 and took a sabbatical for her trip whereas the oldest went to for a couple of weeks to North Carolina at the age of 76.

This Is the Drill

Of course, the Au Pairs get board and lodging for free and do sometimes receive additional gratuities according to an individual agreement with their hosts.

The same goes for the fare, it all depends on the respective necessities, the circumstances, distance, and length of stay. That can vary from four weeks “vacation assistance” up to one year.

The friendships last forever, though.

However, there are regular ‘customers’ like the German TV correspondent in the US or the Honorary Consul in Türkiye, and there are Au Pairs going again and again.

You now might wonder about visas and work permits. To avoid illegal employment, an Au Pair cannot be over 27 years of age – at least according to German law.

But since the Grand Mères are not employees but the family’s guests, they only have to stick to tourist visa regulations. You will find these in my World’s Most Complete Travel Information.

The same goes for possibly necessary insurance. German citizens have their national or, where necessary, travel health insurance, and liability insurance. Unless these are cheaper in the guest country in which case the host family takes care of it.

Besides maybe a little pocket money, the reward of the Grand Mères is a wonderful adventure, the chance to learn – and to teach – languages and experience, it’s an enriching give and take.

Many of the Au Pairs are retired teachers. But there are also women who were just housewives for years and do want to experience something new, something exciting after their kids left home. Basically the same reasons why the founder of this fantastic project left for Paris in 2009.

And the founder herself gets all dreamy sometimes when she liaises between an Au Pair and a lovely family at a particularly alluring dream destination such as Dubai and Daressalaam, like Beijing and Brisbane.

But by now Kristin is far too busy making Madame Grand Mère great – by promoting her non-profit society, giving interviews, attending conventions. And, obviously, the most challenging part which is the placement of Au Pairs into families. That requires very thorough preparation, checking lots of paper work, references etc.

The first introduction is anonymous, if both sides are interested, eventually they get further information. It’s very important that things work out and both sides are happy. And besides minor incidents, by now Kristin, the families, and the Grand Parents are elated!

What Do You Think?

I hope I gave you a good idea of what Madame Grand Mère is all about. I think that especially for people who are a little insecure going to far exotic places all by themselves – and who are at the same time quite curious what these places are really like – this is the perfect way of getting on a trip and spending an extremely rewarding time.

I’d love to hear what you think of this project. And if you know about another extraordinary program, I’d be grateful if you’d let me know. In brief: Keep in touch! 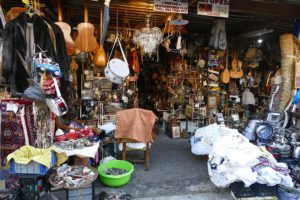 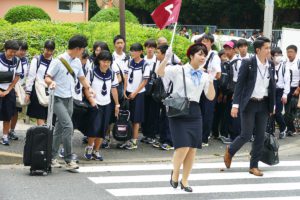 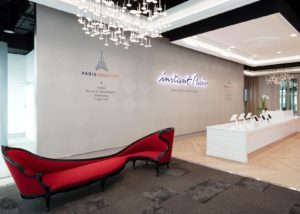 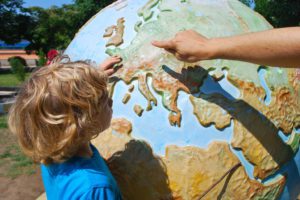 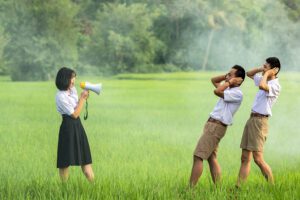 Solo Travel: Pictures of Yourself – More Than Just Selfies 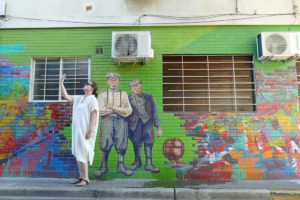 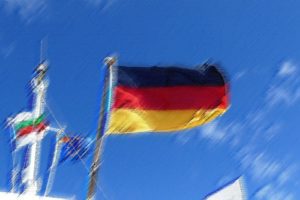 50 Replies to “Amazing Opportunities: It’s never too late to become an Au Pair”