It’s never too late for amazing opportunities: You might be too old for a pony, but you’re never too old for becoming a mature Au Pair.

END_OF_DOCUMENT_TOKEN_TO_BE_REPLACED

In the 19th and 20th century, millions of people were coming to America. They left Europe via the North German ports in search of a better life in the “New World”, mostly the USA.

As a counterpart to the arrival halls in Ellis Island, several museums in German cities remember the adventurous journeys of the emigrants in transit.

END_OF_DOCUMENT_TOKEN_TO_BE_REPLACED

I’m often asked how it is to travel by myself. If I’m not scared. If I don’t get lonely. If I’m not afraid that the sky may fall on my head tomorrow.

The answer has always been no – and meeting Sri Lanka’s only ski instructor was clearly another proof that travelling solo is a great chance to come across people that open up to you in a blink of an eye.

END_OF_DOCUMENT_TOKEN_TO_BE_REPLACED

Ms Tina Uebel is telling her absolutely fascinating story how she travelled from Germany’s West coast to China’s East coast. There are probably hundreds of people doing this every day;  but by train? And we are not talking the touristy, comfy Transsiberian here, the Titanic of trains. No, Tina Uebel took the ordinary trains – in total 19 of them! – that took her in seven weeks from Hamburg across Europe, the Middle East, East Asia – in total eight countries! – all the way to Shanghai.

Before I tell you more about this great book, let me dwell a moment on the spectacular author and her flashing name. Of course I mean her surname, Uebel, which in her mothertongue German means, depending on the context, something like queasy, bad, dangerous.
For her book she picked the title “Uebel unterwegs” which thusly might be translated either as “Uebel on the road”, or irrespective of her name, “Sorely afflicted on the road”. That’s not only an original double meaning, that’s also true; You can follow Tina’s tales and trails with awe – how many women do you know that hop by themselves on a train that goes across Eurasia? Most of the time she’s having a great time; because she’s willing to have a great time. But you’ll have to witness also moments where she is worn and torn and pensive – especially when she realizes how blessed we are being born by chance in a wealthy country with a democratic government and a passport that grants us unlimited travelling.

For some people it’s unimaginable to travel individually and not organized. For many people it’s unthinkable globetrotting by themselves. And then comes this forty something women and travels individually (and sometimes not so very organized) by herself through countries that make others shiver. And she’s generous enough sharing not only her adventures, big and small, with her readers, no, in addition she shares her feelings and her thoughts. She describes encounters with different people in such a vivid and intense way that you have the feeling sitting next to them. Her travel buddies become your buddies, too. When she described how she bids farewell to her friend’s Persian cousin in Teheran, it made me cry a little since I had to part with him, too.

She crosses countries and visits cities you probably haven’t even heard of – all these “-stans” in the former Soviet Union where she’s not allowed to take pictures; and when she’s allowed to do so, she’s too polite to interfere with people’s privacy. But Tina makes up for this by describing these people and places in such a emphatic, vivid and vibrant fashion that you see them right before your inner eye in even brighter colors than a photograph could ever show.

If you’re not a traveller (then I’m surprised that you read my blog, but thanks a lot, anyway), you’ll enjoy all these curious and noteworthy encounters. When you’re a traveller, too, you’ll have experienced similar situations, but her writing them down is like underlining them with a laser pointer: Yes, me too, I’m missing decent coffee as soon as I leave Europe; real coffee, coming from coffee beans, not from a pack of Nescafé with or without whitener and sugar in it. Oh my gosh, how I can relate to her dwelling on the lack of decent coffee!  Yes, me too, I’m looking at all these disappointed faces that try to get me involved in a conversation about soccer and the price of a BMW since I’m from Germany; I know next to nothing about soccer and I’m riding the subway. And yes, me too, my blog entries are too long since I’m rather a wandering storyteller than an influencer.

So is there a downside to this absolutely fantastic book? Yes, there is: It’s written in German and not translated in any other language yet. And some of the cutest expressions are so Hamburgish that I’m afraid people living about one mile from Hamburg’s city limits won’t know them. But it doesn’t matter, they can be translated and replaced by sweet and funny idioms, especially transferred into English. So hurry up, you translators, and spread her words – that are so full of love and joy for travelling. 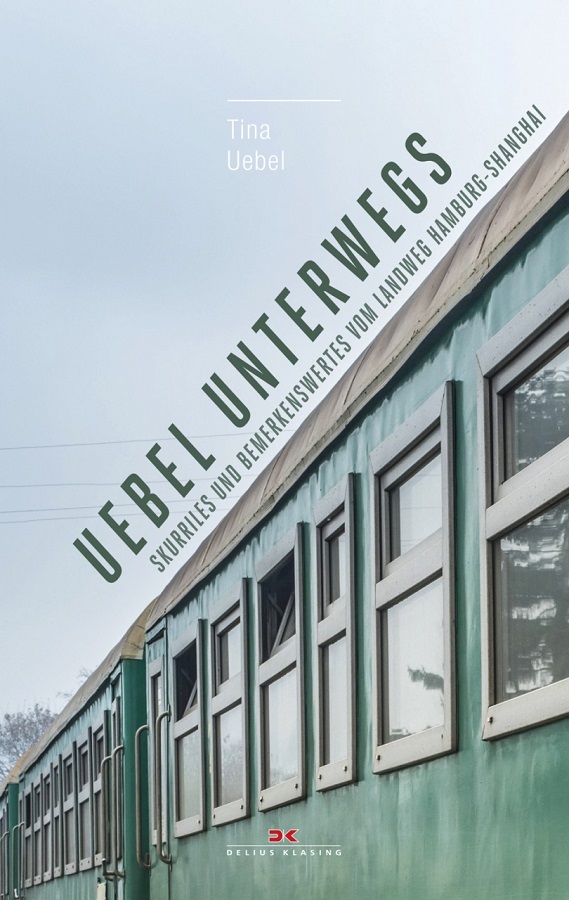 What Hamburg based journalist Meike Winnemuth did when she won 500,000 Euro at the German edition of “Who wants to be a Millionaire?” is just amazing.

The question is probably as old as mankind itself – or at least as old as the first episode of “Who wants to be a Millionaire?”, which was broadcasted in September 1998 in England. And since then the population of over 100 countries cries “me, me, pick me!” when this question arises.

Meike Winnemuth probably did not cry loud enough, since on October 11, 2010 she became only a semi-millionaire. However, I’d trade her in a blink of an eye. Not only for winning a lot of money, nor simply for going on a trip for a year. What impresses me and makes me all dreamy is how she did it.

Maybe it’s because Meike Winnemuth wasn’t a teenager anymore, or maybe it were her German genes that made her not just leaving with a half empty backpack to walk mother earth in a pair of Birkenstocks. She had a very clear concept, very organized luggage, a perfect plan. This way, in my eyes, she took her opportunity and made the best of it – she made her trip a lasting and sustained experience.

Winnemuth’s plan was to actually live in twelve cities in twelve different countries over twelve months. Living meant not staying at a hotel and hanging out on the beach. Living meant renting a flat from the 1st of each month till ultimo. Living meant filling the fridge with groceries bought at the local market. Living meant having an everyday’s life. Since Meike Winnemuth has been a journalist forever, and writing and publishing nowadays is possible from basically everywhere, she kept on writing and she kept her readers up to date on her travel blog (exclusively in German).

Where did she go and why did she pick precisely the places she picked? Well, she picked the places a bit willy-nilly – places she has been before, places she always wanted to see, one place because she couldn’t make it to the one she initially picked et cetera. So she went to Sydney, Buenos Aires, Mumbai, Shanghai (that’s the one she had to switch because she didn’t want to go to Tokyo after the nuclear accident in Fukushima), Honolulu (hence the first picture of this post), San Francisco, London, Copenhagen, Barcelona, Tel Aviv, Addis Abeba, and Havana. What by the way inspired me the most, is that, getting home to Hamburg from Latin America at the end of her adventure, instead of buying a plane ticket, she took a freight ship back to the old world like customary back in the old days. Being the only passenger during the passage that took 12 days, she celebrated Christmas and New Year only with the Polish crew. Awesome! I wanna do that, too!

So all the places listed and visited are fine and dandy – but what are you doing an entire month there? Well, besides a lot of pondering and reflecting about life in general and hers in particular, she did some writing and she learned many things like dancing and stitching and stand up paddling, to mention just a few.

How I know all this? Because besides blogging, at the end she wrote a wonderful book called something like “Hitting the Jackpot”. Every chapter – dedicated to one city – is written as a letter to families, friends, an ex-lover and – and that’s particularly sweet and charming – to a younger version of herself. At the end of every chapter, i. e. letter, she adds a list of ten things that she has learned at that respective place. Usually – and especially after every blogger out there feels the urge to put one together – I can’t stand these stupid, useless lists “the best 10 this” or “the hundred coolest that” – please, spare me! But hers make actually sense insofar as they cut each stay and all her entertaining stories down to an extract of clear facts.

At the end of her wonderfully written book, Meike Winnemuth explains how she prepared and organized her trip and gives some advices. Basically the way I do it in this very blog.

My favorite part is where she describes the stylish yet sensible collection of clean cut, matching, tailor made co-ords she packed. For her, reducing her luggage to only few pieces of garment wasn’t too hard: You should know that two years before her twelve-twelve-twelve-adventure, she did an self-experiment by wearing the same blue dress for a year – and blogged about it.

But that Great Project of this Great People should be the topic of another post.