Though Ipoh is Malaysia’s third largest city and a two-hours-train ride north of the capital, it is mostly considered a gateway: To the Cameron Highlands in the east or to the Pangkor Island in the west.

In the 19th century, the city began booming due to the tin-mining industry and gave the city its nickname City of Millionaires. End of the 1950s, the glory was over as the prices for tin dropped dramatically.

70 % of Ipoh’s more than 650,000 inhabitants are  Ethnically Chinese. Their ancestors were mostly Hakka and moved here to work in the tin mines. Today, however, most of the Chinese speak Cantonese. Actually, my driver’s Bahasa was so limited that when we got stuck in our conversation, he had to call his sister and she translated for him into Chinese.
I guess this shows, how much the individual ethnicities stick to their own people.

The Chinese also had a strong impact on the city center’s architecture which is characterized by their traditional shop houses as well as impressive historical buildings from the British Colonial era.

I came to Ipoh by train from Kuala Lumpur which allowed me to admire the most imposing buildings right away: The Railway Station, the Town Hall, and the Court House as well as the Negeri Perak Mosque. 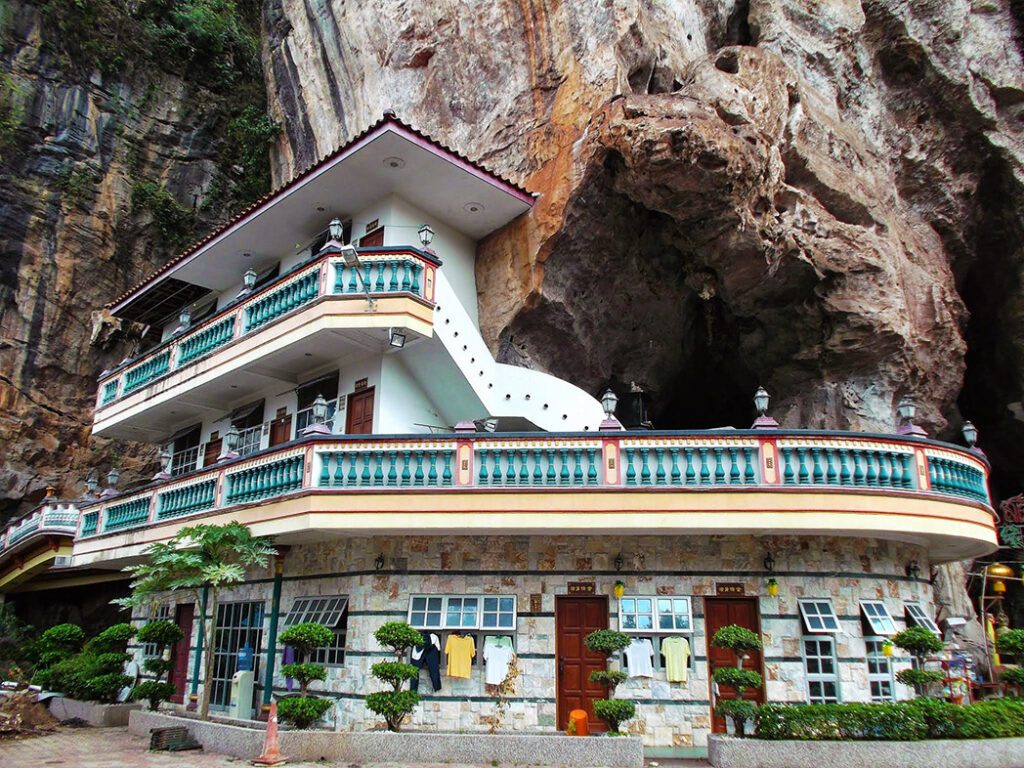 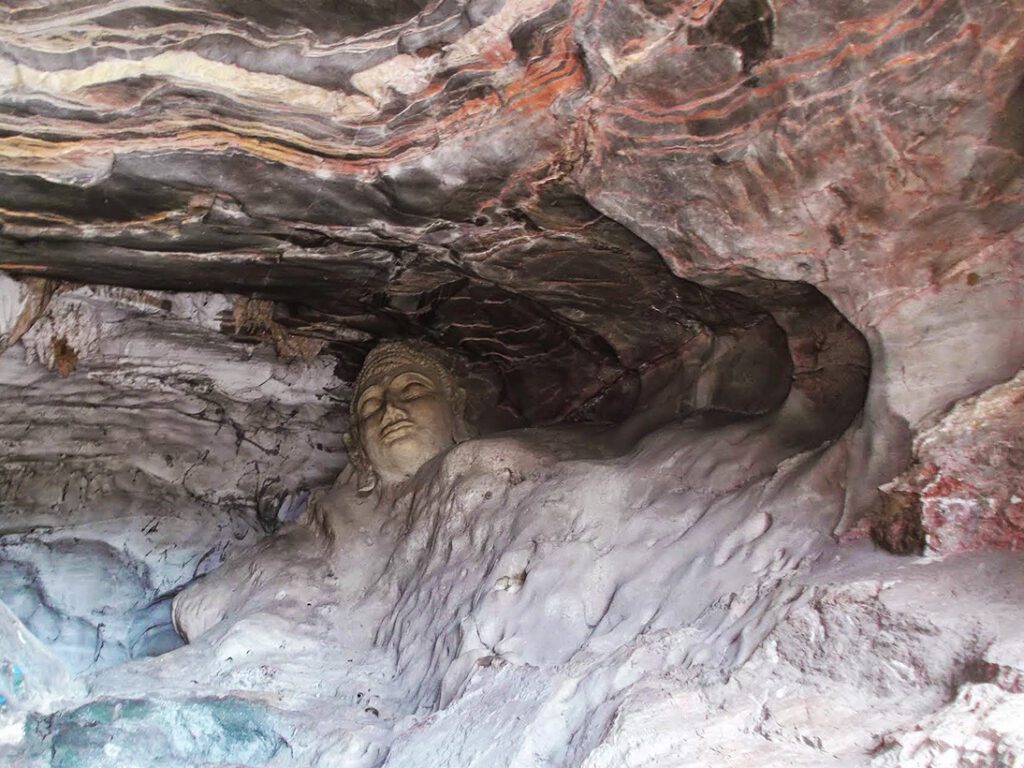 To get to the famous Perak Cave Temple in the north, I took a taxi cab. The driver made sure that I visited also the Mekprasit Buddhist Temple.

Kind of a disclaimer: I don’t claim that introducing this handful of temples makes the guide complete: Just type temple and ipoh on google maps – and the result will make your head spin. If you are very, very, very much into temples, call Ipoh your Cockaigne!

Besides all these temples and a couple of museums dealing with Ipoh’s forefathers and grand past, it’s an excellent place to just walk around and taking it easy: Checking out the mysterious Chinese health stores, sampling exotic fruits – Ipoh is famous for incredibly succulent pomelos, wasting hours at coffee shops and fascinating tea stores; I even went to the hairdresser and got a great haircut. Ipoh will relax and ground you – before you continue to wherever you go next.

Until not long ago, there was an old bus station just a stone throw from the train station. It was just perfect for one day: I got there by train, left my big luggage with the stationmaster – at his office, even not in a locker – and took only what I needed for the night with me. The next day, I picked it up and took the bus to Tanah Rata.

Today, you have to go to the Terminal Amanjaya all the way in the north.

The reason I picked the Regalodge Hotel was the excellent price-service-ratio.
It actually is located in the outskirts of the very city center, however within walking distance.
Since I spent only one night, I left my big luggage at the train station and took only a daypack with me.
Check out availability and their current rates.*

There are many nice places in Ipoh – but I liked Purple Cane Tea House best: Seated between tea specialties, some of them at the price of a small car – they serve all kinds of fancy tea-based drinks and cocktails, foods – also on the basis of tea, and – yes, hot tea.

Do you want to read about all the other beautiful places I’ve visited in Malaysia?
Then go to the main post and take your pick! 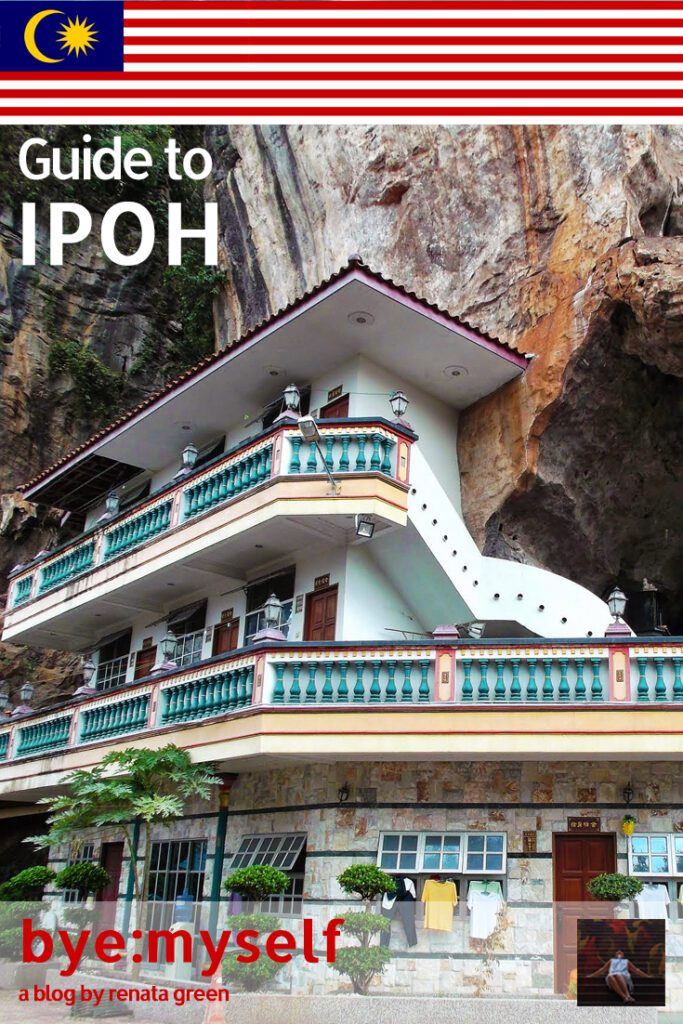 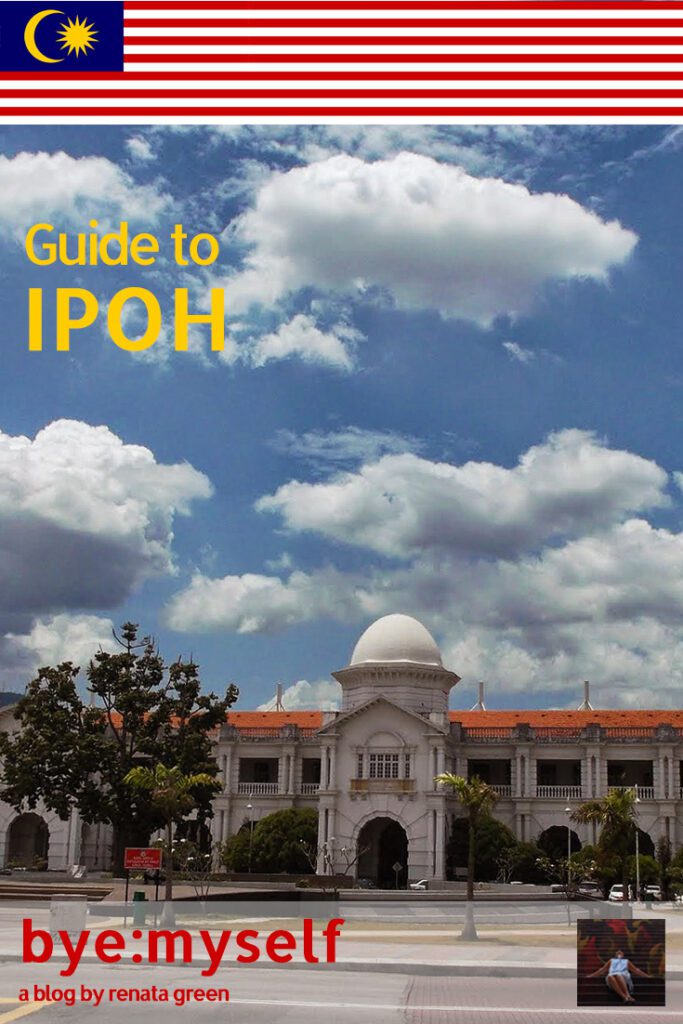