First, I have to warn you: Sintra is incredibly touristy. I assume the entire town is living off tourists, which is fine, but it’s an industry.

Maybe that’s the reason while everything feels a bit fake and Disney World-ish; although it’s not.

The small town of Sintra, home to less than 10,000 inhabitants, is a municipality about 25 km / 15.5 miles west of Lisbon and only 14 km / 9 miles north of Estoril, located on the shores of the Atlantic ocean.

You can get there within 45 minutes from Lisbon’s Rossio station – and if you have a Lisbon card, the trip is included. But only the trip from and to Lisbon, not the local buses in Sintra or the buses going to the coastal towns Estoril and Cascais.

It all began in 1840 as Dom Ferdinand II. – or rather his architect Portuguese architect Possidónio da Silva – turned a demolished monastery into a Palace, Palácio Nacional da Pena, by combining Gothic, Egyptian, Moorish, and Renaissance styles in an eclectic mix.

Some call the result romantic and it actually inspired Ludwig II. of Bavaria to build Neuschwanenstein – need I say more?!
I call it pretty quirky: The complex looks like some child with a wild imagination built it with Lego bricks in all his favorite colors.

However, this opulent structure is worth a visit – if only to find out that it’s not your style.

Plus, Dom Ferdinand II also restored the forests of the Serra by planing thousands of trees.

There are gardens, pavilions, grottos, lakes…and few people. It’s really nice to take a walk there – especially since many tourists limit their visit to the Palace.

But let’s start at the beginning as you arrive by regional train from Lisbon. Already at the train station guides and tuk-tuk drivers are waiting and offering their services. I recommend walking to the historic center: You catch the first glimpses of the sumptuous landscape, the rolling hills, and the majestic mansions. Along the route, there are many sculptures in many different, quite modern styles.

The main building to visit at the historic center is the Palácio Nacional de Sintra, already built in the 10th century as a Moorish Alcazar and used from the 14th to the 20th century as the Royal summer residence. It’s most prominent feature are two chimneys – making it look a bit like a nuclear power plant; you are right, I am not a great romantic. Anyway, the power plant – hey, there’s such a clever double meaning! – can be visited and it will impress you with some exquisite decorations.

The historic center consists of little alleys winding up and down between loads of souvenir shops and snack bars and cafés and it’s difficult to take a picture without ten tourists on it.

If you are able to ignore the masses of people, you will see that it’s really pretty.

Quinta da Regaleira is a huge mansion in a vast garden, decorated with sculptures, grottos, a chapel, lakes, and bridges.

It was commissioned by Baron António Augusto Carvalho Monteiro, a businessman and eccentric, and designed by the Italian architect Luigi Manini.

Accomplished in 1910, it is today classified as a UNESCO World Heritage Site – one of several in Sintra.

Behind the Quinta is another architectural jewel, the Palácio de Seteais.

You don’t even have to be a Royal to stay at this Neoclassical Palace; you just have to fork out around 300 €uros per night – since today it is a luxury hotel and restaurant. This, too, is listed as World Heritage Site by UNESCO.

Over the ruins of two churches, the British merchant Gerard de Visme built a neo-Gothic mansion in 1789. A couple of years later, William Thomas Beckford leased the complex and designed there a landscaped garden. In 1809, Lord Byron visited the property and got inspired by its magnificent appearance: Byron praised the beauty of Monserrate in Childe Harold’s Pilgrimage.

Yes, it obviously is possible to walk all the way from the historic center to the Palácio da Pena – I saw people doing it. I saw them from the bus I was comfortably sitting in. Seriously, the bus is less than 4 €uro one way, is leaving pretty frequently, and the hike along the country road is not pretty at all yet pretty busy.

Before the bus gets to the Palácio da Pena, it stops also at the Castelo dos Mouros (Moorish Castle), another important landmark.

Built during the 9th century by the Moors. The Moors were North African Berbers, Islamized by the Arabs which they supported in the conquest of the Iberic peninsula.

However, this fort was conquered in 1147 by King Alfonso I. A Christian chapel was built on the premises. Eventually, the Portuguese mostly neglected the site and the fort decayed.
Only as all this tacky Romanticism flooded this area, an extensive renovation of the remaining walls took place around 1860.

And today, you probably guessed so – it’s been a UNESCO world heritage site.

How to get there and around

Like I said, it’s really easy to get from the Rossio train station in Lisbon to Sintra. Depending on the time of the day, the train is going every 10 to 30 minutes starting at 6 a. m. till 1 a. m. One way is €uro 2,25, but if you have a Lisboa card or a viva viagem (travel) card, it’s included.

If you are coming from Estoril, there are different buses operated by Scotturb. For your convenience, their website is exclusively in Portuguese and you have to know the exact stop – it’s not possible to search for a connection just by city.

Although Portuguese people do not always do it with a big smile, they do help you and most officials speak pretty decent English so I suggest you just ask once you’re there.
The public transport system is very good, so don’t worry to get stuck, you won’t.

For any local transport, just ask at the train station. Frequently there is a bus going between the historic center and Castelo dos Mouros/Palácio da Pena.

Do you want to read about all the other beautiful places I’ve visited in Portugal?
Then go to the main post and take your pick! 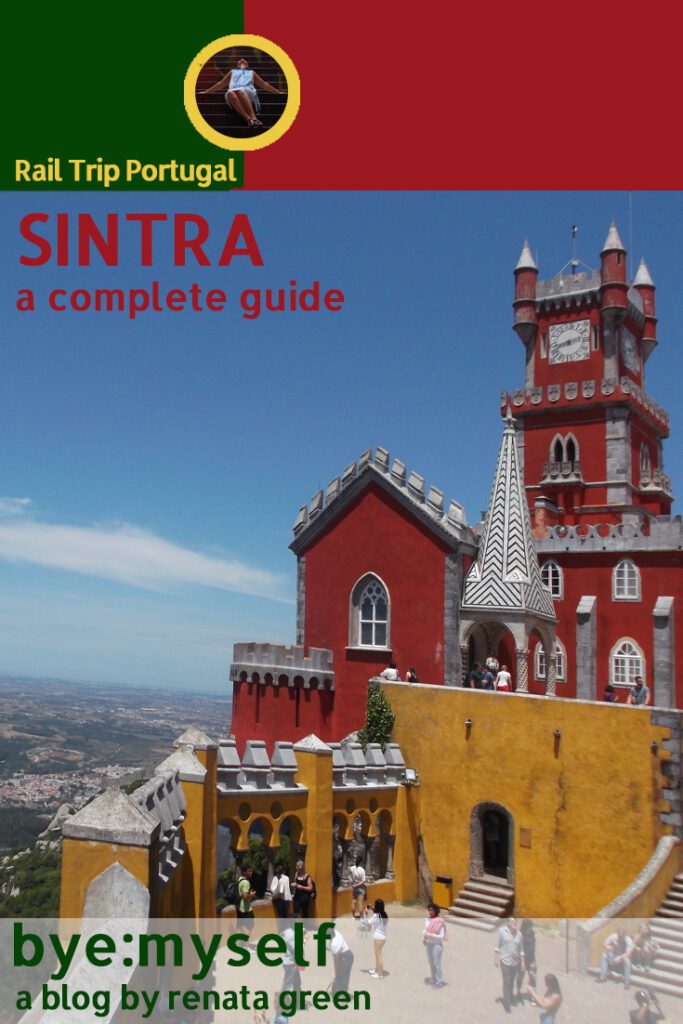 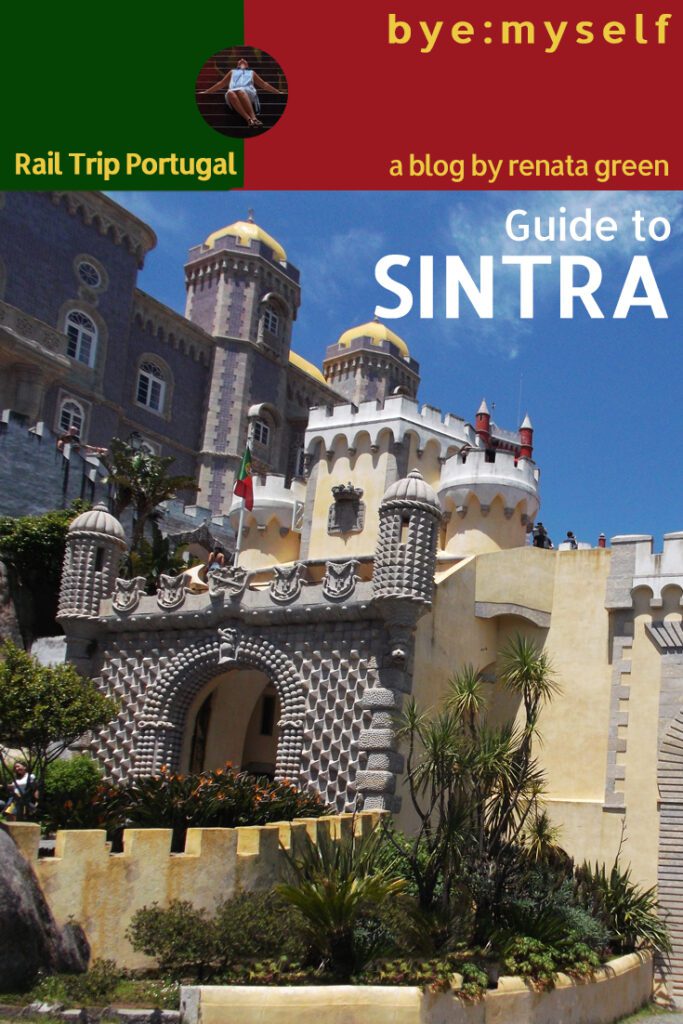 * This is an affiliate link. If you book through this page, not only do you get the best deal, I also get a small commission that helps me run this blog. Thank you so much for supporting me! I was very lucky being supplied by a 72hrs-Lisbon-Card by Turismo de Lisboa and they also arranged entrance to the Palaces in Sintra for me. However, all opinions on these services are mine and weren’t by any means influenced by my cooperation partner.