A colonial mansion in the walled old town of Galle, built first in 16th century by the Portuguese and eventually fortified by the Dutch colonialist during the 17th century.

One of these typical houses – white-washed and with windows and doors of dark wood.
Not so long ago, they still used to be shiny, but the sun here is merciless and the salty air from the ocean pulls its weight, too.
Therefore the wood, still intact, deems a bit weathered.

In the entrance hall of house No 62, there are a Chinese chaise longue and two wicker chairs. A faint aroma of durian is lingering through the air. Even though this smell does not please everyone’s olfactory sense, here it just takes the Asian-colonial appearance to a state of perfection.

The room’s most prominent feature is a huge chandelier hanging above a small coffee table in the very center of the room.

One of the doors opens and Asheni, a middle-aged woman in a modest cotton saree enters the room, holding a wet rag. She cannot even remember how long she has been working for the Suwaris, one of the Muslim families that settled in Galle’s old part generations ago.

What was that? Asheni looks around. Are her ears fooling her?

There it was again. Not loud, but clear. Asheni looks around, searching.

Slowly, she’s getting annoyed. She can clearly hear something chirping – and there is practically nowhere a creature of critter could hide in this minimalist furnished room.

Asheni takes another look around – and now she spots a bundle between the brass arms of the chandelier.
When did this filth get there?

She looks closer.
The bundle looks like a bowl.

And now Asheni realizes that it’s not dirt, it’s a nest! It’s some bird’s home! 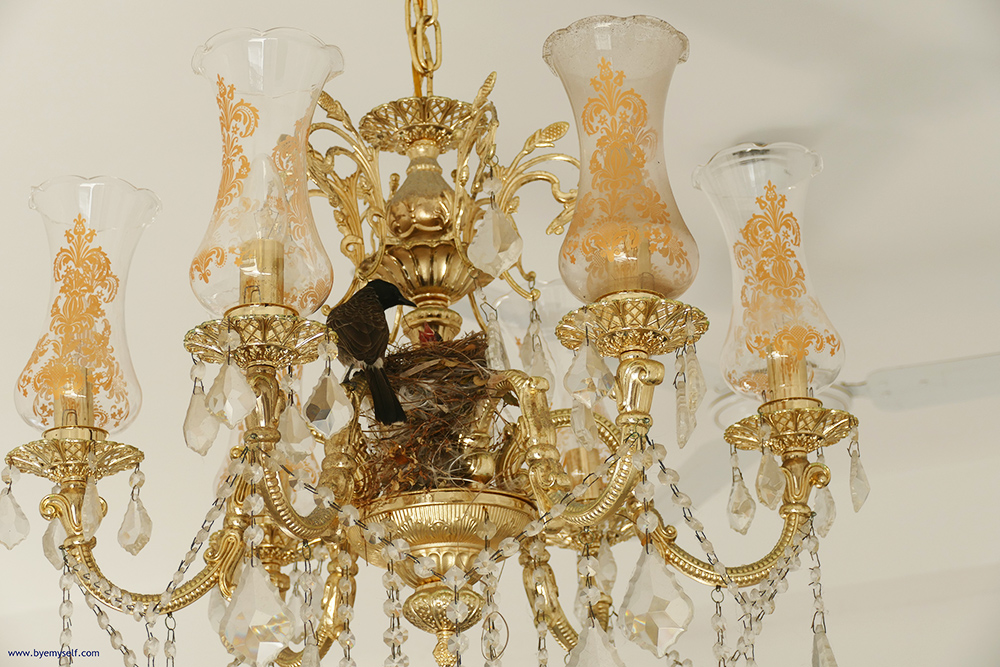 Asheni pulls one of the wicker chairs closer to the coffee table and carefully climbs on it, grabbing her saree with one hand, making sure to put her body’s weight on the wooden frame so not to break the delicate wickerwork. 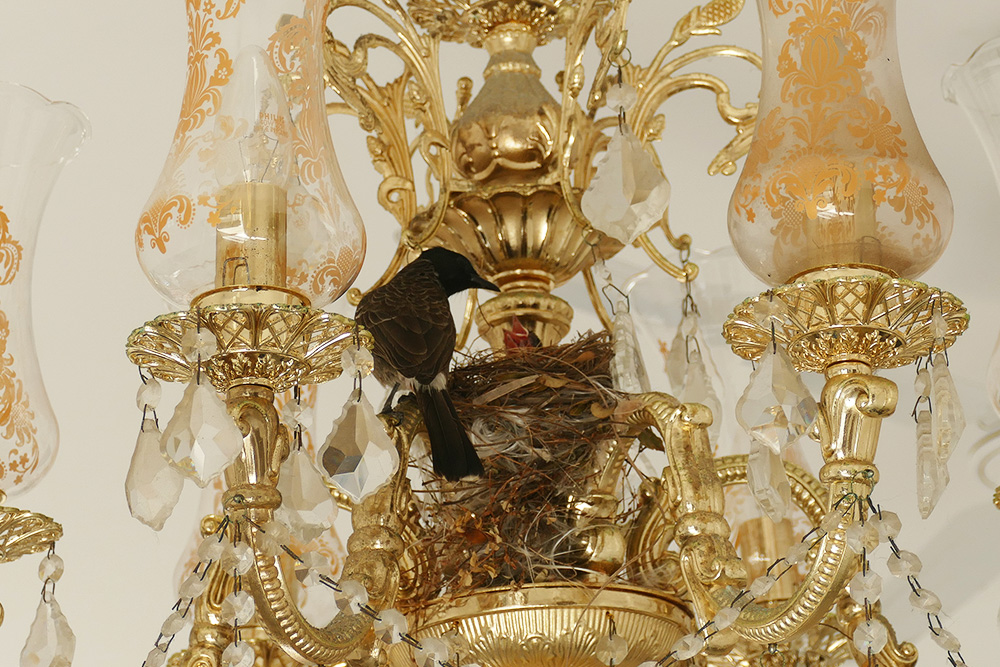 Standing on the chair, Asheni peeps into the nest as close as she can. There are actually two or three baby birds in there, now chirping ferociously.

While Asheni is still awing at this sight, a red-vented bulbul lands on the grill above the door and looks nervously around.

Asheni gets slowly and silently down from her perch and moves gently to the opposite door. As she slinks away, the mother cocks her head, takes a last cautious look and lands elegantly on the arm next to the nest.

Her babies are craning their skinny naked necks in her direction and open their beaks, that seem far too big for their small featherless heads, in anticipation.

The mother starts feeding them.

Galle is a fortified city built by the Portuguese, showing the architectural interaction of colonial and traditional local styles. The Galle fort is one of Sri Lanka’s Unesco World Heritage Sites and the largest remaining fortress in Asia built during colonial times.

Galle has been the last destination on my trip to Sri Lanka and although it’s, obviously, very touristy, it still has a magical charm and room for wonders to happen.

So parts of this counts are true, other just could be. To find out which are or aren’t, I urge you to visit Galle yourself.

For obvious reason, I highly recommend to stay at the Light House Inn* where the owners are cultured, sophisticated, and very warmhearted people…..and miracles do happen.

7th Memo: Good Luck in Tangalle. It’s not so easy being an expat.

8th Memo: Mirissa – and life is a beach

* Disclaimer: I paid for my stay at the Light House Inn their standard price, so this recommendation comes truly from the heart. However, if you book using this link, I’ll get a small commission from booking.com.

Galle, the last stop on my trip through Sri Lanka, conquered my heart despite the fact that it’s very touristy. 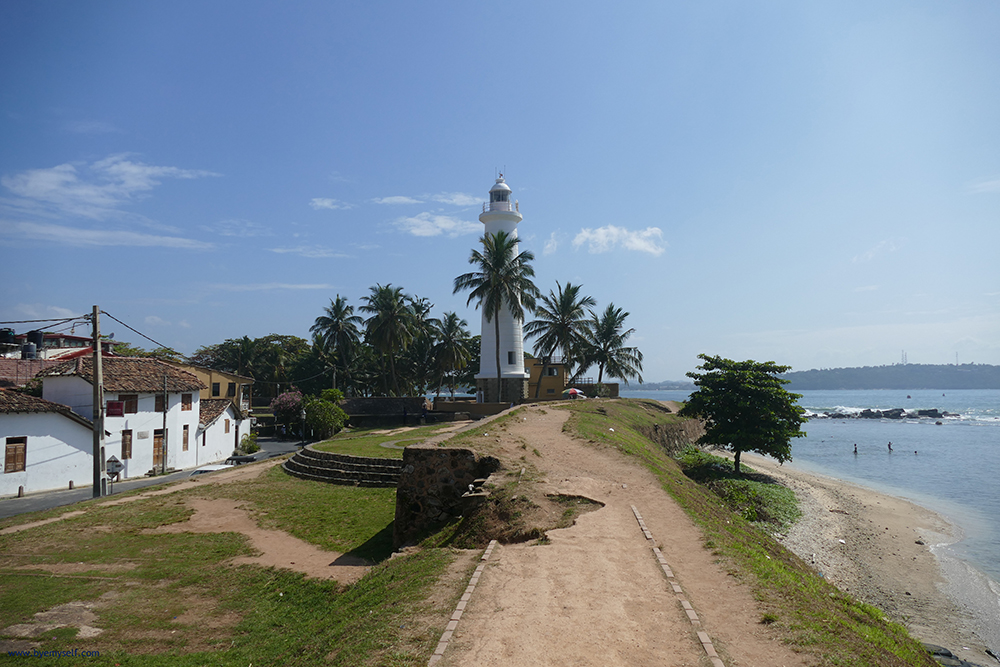 There is even a small beach next to Galle’s iconic lighthouse.

It is one of the eight sites being listed as a UNESCO World Heritage – and while places like Anuradhapura, Polonnaruwa, Sigiriya, Dambulla, and Kandy are on the list for really, really old structures and architectonic sites, Galle is sort of the baby of the family: The beautiful, historic Galle Fort was built by the Portuguese in the 16th century and expanded and finished by the Dutch in the 17th century.