You can plan and organize basically everything. Everything but the weather.

While I was soaking in the dreamy landscape around Nuwara Eliya, the rolling hills covered with tea bushes, the skies opened and within minutes, everything was….soaked.

Although my landlady meant well, the info that for twee weeks there hadn’t been one drop of rain wasn’t of that much comfort.

For a short moment, I was even thinking about leaving one day earlier – but my landlady had washed all of my clothes; God knows how they were supposed to dry in this humidity. Because everything felt damp, even things that I had kept in my suitcase. The humidity was crawling into each and every corner of the house.

Plus, the fantastic surroundings are inviting you to go out of town – to experience some unexpected adventures.

So the next day, while there still was a light drizzle here and there, I was able to leave the house and decided to go on a trip to the even higher highlands, namely to the town of Haputale.

This trip turned out to be far more exciting than expected.
I wrote in a former post about my ambivalent relationship with bus drivers, aka the Kings of the Road. Well, this one was definitely one of the most ruthless representatives of all the drivers in the world.

We were going through the highlands, to be clear: a mountainous region. There were bends and very narrow curves. Which he enjoyed taking with the highest speed – I kid you not, the bus was actually leaning to the sides like a motorcycle. I’m not sure if we didn’t go on only two wheels from time to time. People were literally sliding from the benches, catching their fall in the very last moment.
The King didn’t care. He honked the horn and overtook three lorries in one go. Only another bus, frontally approaching us with a similar speed, forced him back into the correct lane.

I understood perfectly well why the Italian father, pressing his little daughter tight to his chest, whispered with relief to his wife that held a toddler Ancora nove chilometri – Only nine kilometers left.

Hence, to get back to Nuwara Eliya after a nice snack and about a thousand pictures of the breathtaking sceneries around Haputale, I opted for the train.

Don’t miss out on my upcoming travel guide to Sri Lanka where I will tell you about this option of seeing the iconic tea plantations – because the trains that everybody else is taking are permanently sold out which doesn’t hold the train company back from selling further tickets to everyone who asks for them.

Therefore, those trains are packed to the rim. It must be a quite unpleasant experience, so make sure to check out my sneaky tip.

Some last words about Sri Lankan drivers.
Here the Kings of the Road actually come with an entourage: There are always two to three guys standing in the permanently open front door, assisting his majesty.

In the early morning, before the first tour, they burn some joss sticks in front of the little Buddha on the dashboard and replace yesterday’s flowers by fresh ones. Then, they turn the music on to the max – don’t bother to bring your own music and your headphones, you’ll have no chance.
But actually, theirs is a pretty nice soundtrack, accentuating the beautiful and exotic scenarios you witness from your passenger’s seat.

Once the entourage has finished the preparation, the King takes place.
This King is wearing flip-flops.
Immediately, I’m thinking of Sheldon Cooper saying to Penny I don’t want to be another flip-flop fatality.
Well, neither do I, but I assume that the King didn’t see this particular episode and I doubt that he would be very open to my sensible footwear suggestions.

The entourage collects money from the passengers. Then they hand the King some water and little treats made from some white powder rolled into a betel nut leave that my landlady claims is not a drug but a tradition.

At the next stop, a gentleman manhandles huge bags full of vegetables to one of the King’s flunkeys. The underling arranges them around the King’s seat.
But don’t think they are careless – no, safety first, they actually tie the bags with pieces of rope to the grid surrounding the driver’s seat.
The gentleman himself is not joining us. Before we take off, he hands the guy a big bundle of leeks that this one places on the rack on top of me.
The leek leaks.
Some drops of water and a tiny bug fall on my leg.

As we pass a Hindu temple, one of the helpers takes off his woolen hat, steps down, donates some coins and asks for a blessing. Back on the bus, he puts his hat back on and the King accelerates even more – since now we should be good.
Just to be sure, the helper gets also off at a Buddhist shrine and pleads for mercy here, too.

A couple of villages further, another gentleman hands the King through the open window some very interesting looking goods: It’s bowls made of clay, covered with some paper lid.

The gentleman keeps handing the King neatly tied towers of bowls and he forwards them with a certain disdain to the helper who stores them thoroughly under the first rows of seats.
As he’s done, we wave bye bye to the gentleman and off we go.
There are many small stands on both sides of the road with the same clay bowls – and the signs next to them advertise for Curd. Uh-huh.

You see, taking the bus in Sri Lanka is not only getting from A to B.
It’s learning new tricks.
It’s watching marvelous scenarios.
It’s riding a roller coaster.

And it’s also a bit looking death in the eye.

In Asia, each of the colonial powers – be it the British or the French – installed a refuge for themselves in the highlands. There, they found a milder, cooler climate and fertile soil to grow for instance tea. 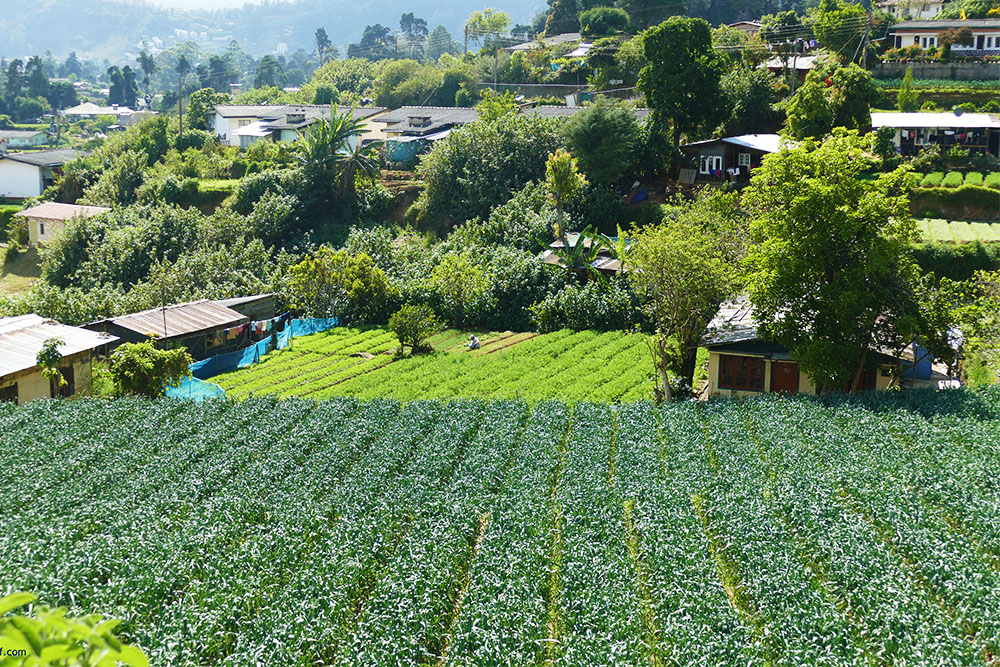 In Sri Lanka, this place is Nuwara Eliya – and you really cannot blame the British that they fell in love with this earthly Garden Eden.